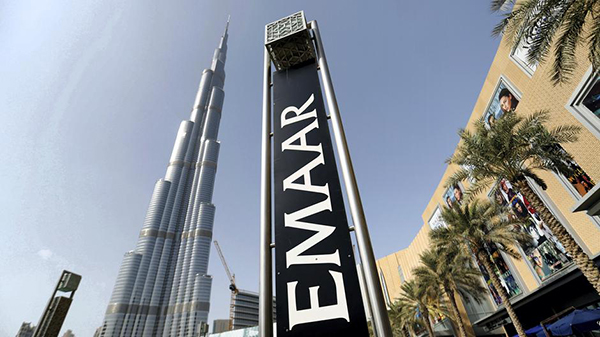 Burj Khalifa has had a decent run as the world’s tallest building since its official opening in January 2010. Dubai’s trademark building has a few years left at the top of the world, but will soon be eclipsed by Saudi Arabia’s kilometre-high ­Kingdom Tower in Jeddah, and the 928-metre Dubai Creek Tower, both of which are scheduled for completion in 2020.

Such towering buildings may be dwarfed in the future however, as a new rope-free elevator technology enables architects to extend the reach of the modern skyscraper ever higher into the heavens.

Key to this development will be German elevator manufacturer Thyssenkrupp, which this summer unveiled the first commercial order for its groundbreaking “Multi” elevator system, to be deployed in Berlin’s new East Side Tower.

At 140 metres, the new building will not be raising too many eyebrows. It will, however, be the first building in the world to use Thyssenkrupp’s elevator system, which uses magnetic levitation instead of a traditional cable system.

Thyssenkrupp is touting Multi as having several advantages over traditional cable elevators, not least that it will be able to travel up and down much faster.

Using maglev technology similar to that used by upcoming Hyperloop transport systems and Shanghai’s 400kph Transrapid train service, Thyssenkrupp claims its elevator cabins can move at up to 18 metres a second, or about twice as fast as traditional lifts. By comparison, Burj Khalifa’s elevators, built by United States manufacturer Otis, travel at about 10 metres per second.

A number of buildings, including Burj Khalifa, currently use double-deck elevators to increase passenger capacity. Thyssenkrupp’s system takes it to the next level, so to speak, since the absence of cables means that several cabins can operate in the same shaft.

Multi’s cabins run independently of each other and, according to the company, can be removed from shafts for servicing one at a time. Maintenance can be thus be performed on individual cabins without shutting down the whole system, leaving the rest of the cabins free to run as normal.

The larger impact of removing cables from the equation, however, is that buildings will be able to reach even loftier heights.

According to Daniel Safarik, editor of The Council on Tall Buildings and Urban Habitat Journal, the overall cost of a building increases exponentially when it goes above 200 metres, because of the difficulty in getting elevators up that high.

In many cases, architects have to stagger multiple elevator banks throughout the building, which limits the space that can be used for commercial purposes. Higher floors also make ongoing maintenance more difficult.

Cable-free elevators, which Mr Safarik expects to take off over the next few years, are therefore likely to be game-changers. “Theoretically there is no limit to how far they can travel if they are no longer reliant on ropes to get to their destination,” he says.

The result is we are likely to soon see a rash of buildings taller than Burj Khalifa. The fact that many space-challenged cities are looking for ways to increase their real estate density and that prestige-obsessed governments will continually seek to literally top each other.

Thyssenkrupp indeed says that “demand is gigantic” for its new system.

That’s all well and good, but hopefully governments and architects will not neglect one of the other benefits of cable-free elevators amid this new race to the top – their ability to also move sideways.

Multi elevators are free to move horizontally since they don’t have cables constraining their movements, which opens up a number of possibilities. Cabins will be able to switch directions and deliver passengers to virtually anywhere within a building. Or even multiple buildings.

Shuttling people around horizontally is actually the more pressing real-world issue for many cities. With traffic congestion clogging up streets and the pollution that entails, more effective ways of transporting individuals between buildings looks to be more important than getting them up and down.

With horizontally-moving elevators – which admittedly could no longer be correctly called “elevators” – urban planners should now start thinking about how to connect buildings at more than just the ground level.

Cities full of skyscrapers connected by criss-crossing sky-bridges were once fantasies out of a science-fiction movie, but fast-moving inter-building transports can now make such fantastical imaginings a reality.

With luck, the urban planners who make the decisions on building skyscrapers won’t just opt to reach for the stars, they’ll have their feet firmly planted on the ground as well. Or rather, they’ll choose to land somewhere in between.