Build Up Not Out: The Future of Urban Planning 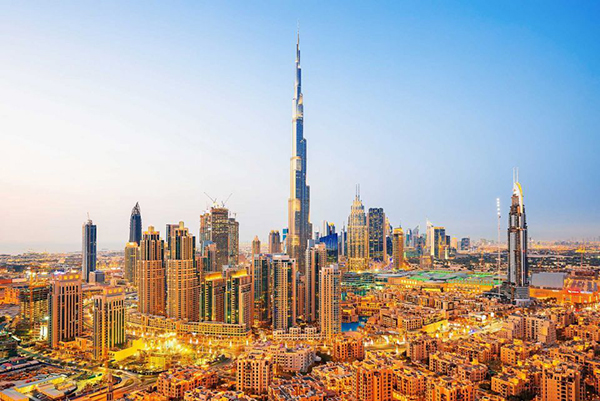 The expansion of Dubai is unrivalled anywhere in the world. Most of us will have seen satellite images of Dubai, perhaps comparing the current city with a photograph taken 20-or-so years ago. The differences are staggering and provide the most powerful impression of rapid urban expansion.

It’s been reported that the emirate could be home to 3.4 million people by 2020, in line with Dubai’s 2020 vision. That rate of growth – particularly when it comes to housing – must be properly planned if we are to avoid some serious problems.

If we were to project into the future, imagine there being a time when the two cities of Dubai and Abu Dhabi have extended so far into their respective geographical borders that they actually meet. That isn’t as far-fetched as it might at first seem. Population growth, urban sprawl and pollution are all linked – think of it as cause and effect. And although this trend is almost inevitable, today we are still able to slow down the sprawl of architectural dominance and conserve the natural landmass.

Build up, not out

Those of us pushing for this change in approach to urban planning are not advocating tall buildings for the sake of it; we’re calling for the densification of existing, low-density, central parts of Dubai (like Al Quoz) to stitch the city together. This would create even more vibrant and better connected communities, less reliance on cars, more affordable living in central parts of town and many other benefits, provided we bring with it the right amount of public open space and green areas.

These types of areas can reduce our dependence on automobiles, thanks to the building in of bike lanes, pedestrian-only streets and easy access to rapid transit. These multi-modal transport design elements also help to manage traffic congestion and reduce parking issues.

There are great communities being built in Dubai. Arabian Ranches, Al Maktoum City, Jumeirah Village Circle and many others offer quality housing and an escape from the hustle and bustle of city life.

These existing communities are already self-sufficient, with malls, corner shops, highway access, schools and transport links, some even have small outdoor public recreation spots, like the Meadows and Springs. Each of these amenities are distinctly able to cater to a larger number of service users.

However, they tend to be horizontally fragments of our city, and it would be advantageous to finish developing the central parts of our city as a priority and then focus again on sprawling horizontally afterwards.

Though often associated with apartment towers, densification comes in many shapes. When done well, it is a healthy way to manage a city’s growth. A compact, efficient city can make the most of its infrastructure and support a wider range of housing choices. It will help us to build a city that remains vital and habitable.

Furthermore, purchasing a home in a dense area can be a great investment because property values are usually highest in urban centres. Mixed-use communities provide more dwelling diversity, which provides more (and more affordable) options for all of us.

Vertical expansion of cities does more than provide an impressive skyline – it’s the most efficient use of land mass there is and allows greater scope for meaningful recreational spaces, which in turn is a huge positive for quality of life. It encourages us to spend more time outdoors in the perfect weather months that this country has to offer.

Dubai, like other great cities of the world, needs its Central Park, its Bois de Boulogne or its Hyde Park. While at face value it seems like a commercially unviable venture, such spaces would provide amazing real estate value to developments surrounding them.

Sustainable living really is achievable – we just need to alter our worldview and think smarter. Besides curbing cities’ expansion and solving population problems, high-rise buildings can and will act as energy generators. New technologies such as photovoltaic, integrated glazing, wind turbines strategically positioned on tall buildings and geothermal technology, could be a cornerstone to building a  lower-energy, sustainable future that is  independent of fossil fuels. High-rise buildings are not new – they’ve been around for a hundred years – but in the long term they could save the planet all of us call home.