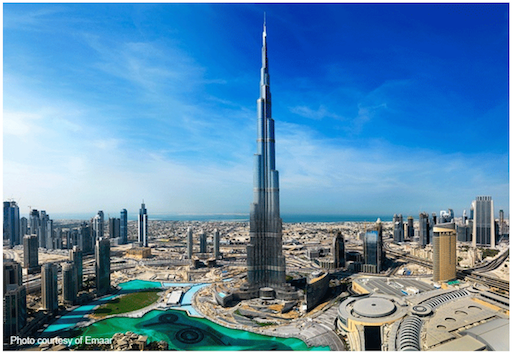 One of the key figures behind the construction of Dubai's Burj Khalifa has received an award from the American Society of Civil Engineers for his achievements in high-rise building technology.

Ahmad Abdelrazaq of Samsung C&T has been given the Ernest E. Howard Award, which is an annual prize given to ASCE members who have contributed to the advancement of structural engineering.

"Mr. Abdelrazaq was nominated to the award in honour of his contribution to the advancement of high-rise construction through studies such as validation of the dynamic of Burj Khalifa," said a representative of Samsung C&T.

"He also has been actively engaged in activities with professionals [in] the field as the chair of Tall Buildings Committee at ASCE for six years; and has been serving the advisory and editorial board of the Council on Tall Buildings and Urban Habitat (CTBUH) for several years."

Abdelrazaq is a senior executive vice-president and head of building sales at Samsung C&T's HQ in Seoul, South Korea.

He was involved in Burj Khalifa from the outset at the design stage and led the Samsung C&T team which delivered the tower alongside UAE-based contractor Arabtec. He is currently directing a number of other major high-rise building complexes, including the tallest building currently underway in Singapore, the Tanjong Pagar Mixed Development, and the tallest building underway in Malaysia, Star Residences.