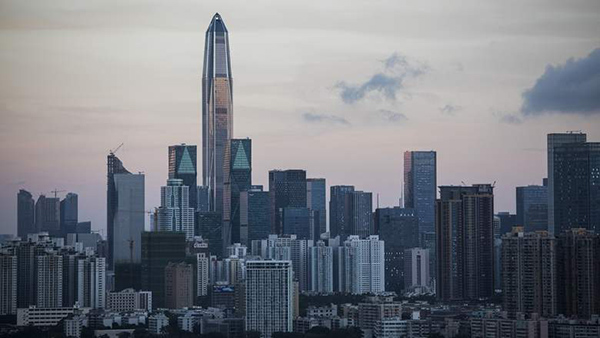 More skyscrapers were built in 2017 than during any other year in history, according to a report released by the Council of Tall Buildings and Urban Habitat (CTBUH).

A total of 144 buildings measuring 656 feet or taller were completed in the world this year, up on 2016's record by more than 13 per cent, CNN quoted the report as saying.

China dominated the list accounting for more than half of this year's global total, with 77 of the structures located in 36 different cities, the Chicago-based CTBUH said in the report.

Of them, the southern metropolis of Shenzhen was responsible for the highest number of new skyscrapers.

Topping the CTBUH's list for the second consecutive year, the city saw the completion of 12 such buildings in 2017 - more than the entire US. Shenzhen is also home to this year's biggest new skyscraper, the 1,966-foot Ping An Finance Centre, now the fourth-tallest building in the world.

The city of Nanning in Guangxi province was ranked second, having completed seven new tall structures, while Chengdu was tied with Indonesia's capital, Jakarta, at fifth. The Chinese cities of Changsha and Wuhan were joined by New York, Toronto, South Korea's Busan and the North Korean capital, Pyongyang, with four each.

But while the global trend is headed skyward, the market for high-rises is changing, according to Shawn Ursini, editor of the CTBUH's Skyscraper Center database. "Residential is taking up an increasingly big share of buildings measuring at least 200 metres in height," he told CNN.

"If you go back to the latter end of the 20th century, you could almost assume that any building of that magnitude would be an office building," he added.

Of this year's 10 tallest new structures, five have provisions for residential use, including Dubai's 1,394-foot Marina 101.

A total of 23 countries were represented in the list, with places like Sri Lanka and Kenya completing buildings over 200 metres tall for the first time.