465 skyscrapers in Dubai have a 'wow' job factor 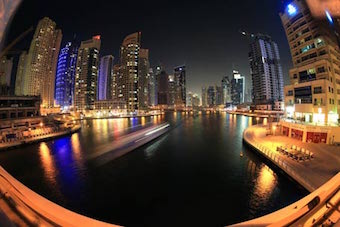 Companies in the UAE and globally are looking at employee retention though salary hikes and bonuses, but, a new report claims that an “inspirational” office in a skyscraper can help lower attrition rate.

“For companies today, staff retention is high up the agenda. Losing star fee-earners is damaging for business, and even the cost of replacing support staff can be higher than the rent paid on their workstations. Skyscrapers are one of several means firms have found to make the office an exciting place to be,” a UK-based Knight Frank said in a report titled “Global Cities Skyscrapers 2015.”

“An inspirational office can encourage staff to interact and share knowledge, thus driving up productivity,” it added.

For private sector services firms (the mainstay of city office occupation) salaries typically account for around half of operating expenses. However, an unquantifiable cost is the loss of value when successful staff leave, and the additional expense of replacing them.

“Skyscrapers are flourishing… they are seen as a away to give staff a workplace that feels special and promotes - esprit de corp – an office you want to tell people about at a dinner party,” the report said.

Dubai has built nearly 190 skyscrapers ((350 feet high) since 2000 and is home to Burj Khalifa, the tallest tower in the world, with Shanghai having only 90 such towers.

Emporis, which collates data on building worldwide, puts the number of high-rises at 917 and skyscrapers at 465 in Dubai.

“Hong Kong is still top of the table, confirming that on a range of measures it is the world’s leading skyscraper city. However, the lead has narrowed in particular, stronger rental growth for tower space has buoyed New York, where skyscrapers are proving popular with the city’s fast expanding digital and creative firms,” the report said.

James Roberts, Chief Economist, Knight Frank, stated in the report that skyscrapers were a “rising tide in the modern global city” with London adding 23 new skyscrapers since the turn of the millennium, compared to 17 in the preceding 40 years.