Sizing Up the Tallest Skyscraper of 2015 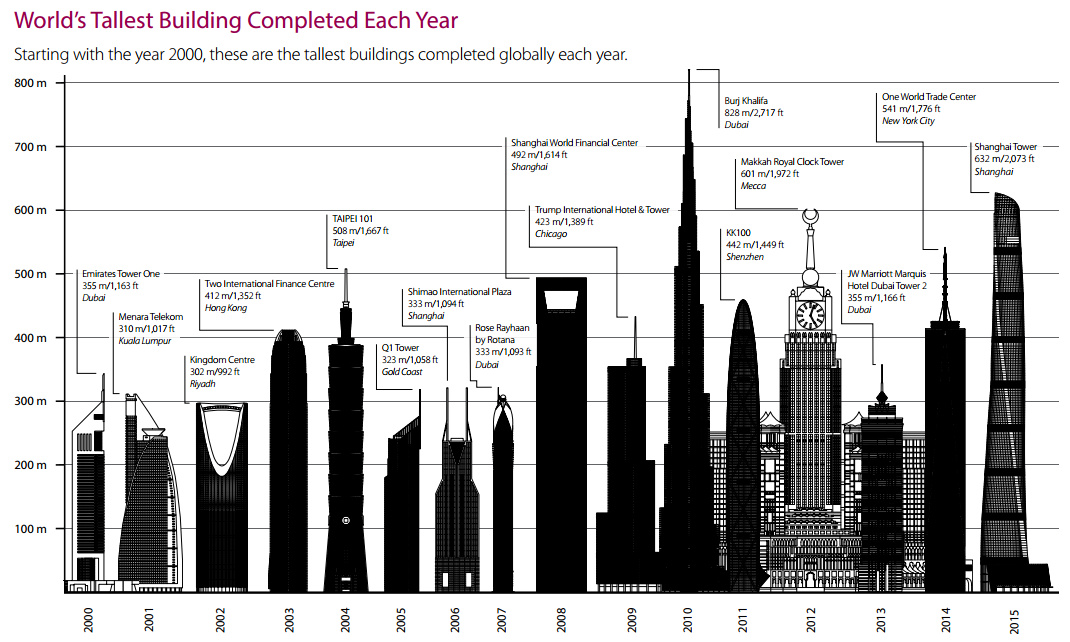 There were more skyscrapers built in 2015 than any other past year, according to the 2015 Year in Review report created by Skyscraper Central. 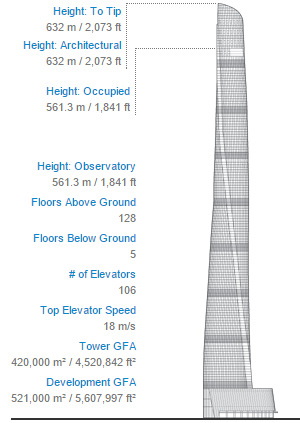 This year’s tallest skyscraper, the Shanghai Tower, comes in at a staggering 2,073 ft (632m) to make it the second tallest building in existence behind Dubai’s iconic Burj Khalifa.

The Shanghai Tower also does a great job at epitomizing current trends in the sector. It’s a multi-use structure (hotel, office) that is made of composite material (steel, concrete).

The second tallest building completed during the year, 432 Park Avenue in New York City, does not come close to challenging the Shanghai Tower in height – it’s shorter by a whopping 677 ft (206m), which is more than two football fields stacked vertically.

The trend continues to point Asia’s direction, where 76.4% of all skyscrapers completed in 2015 were built.

Here is how the location of the world’s top 100 skyscrapers have changed over time: 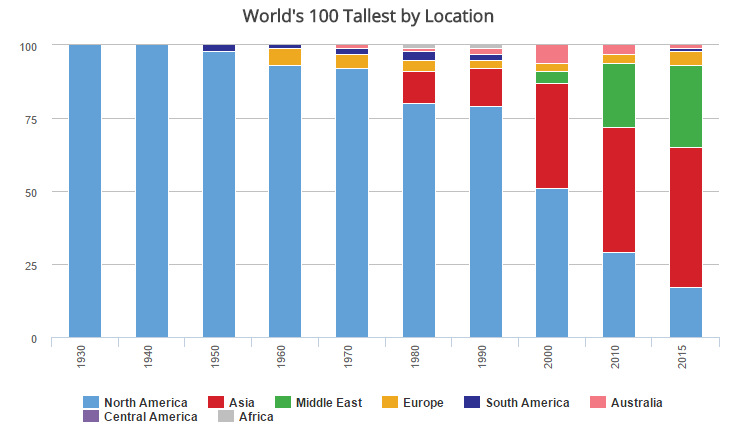 THE TALLEST SKYSCRAPERS OF 2015

To demonstrate the height of the Shanghai Tower, here it is visualized within the context of the world’s top 20 skyscrapers completed in 2015 by height:

Lastly, here’s a summary of skyscraper completions by country: 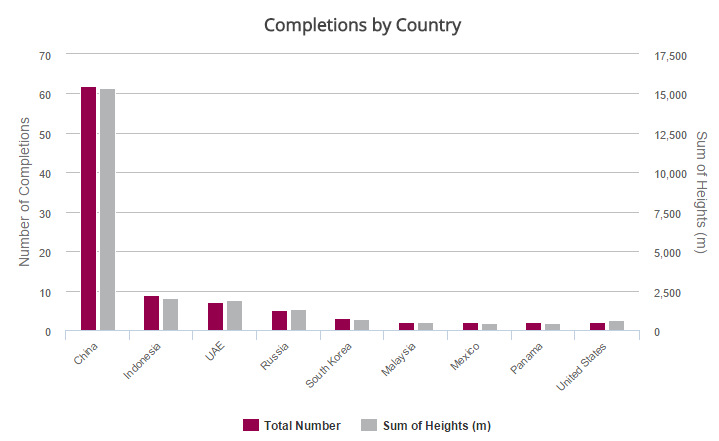