Race on For World's Next Tallest Tower Starts in Dubai 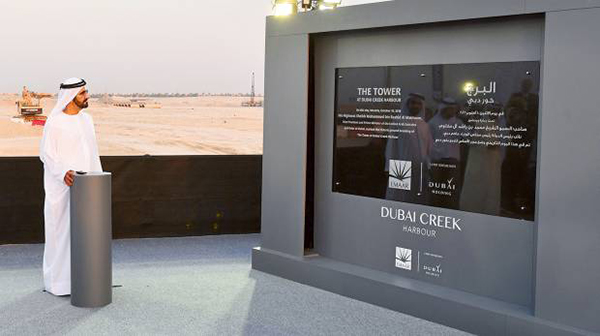 The race is on to claim the title of the world’s tallest tower, with ground now broken on “The Tower at Dubai Creek Harbour”.

The first step in the project’s lifecycle was overseen by His Highness Shaikh Mohammad Bin Rashid Al Maktoum, Vice-President and Prime Minister of the UAE and Ruler of Dubai.

The project, first announced in April, is expected to cost somewhere in the region of $1 billion (Dh3.67 billion) and is set for completion in 2020. 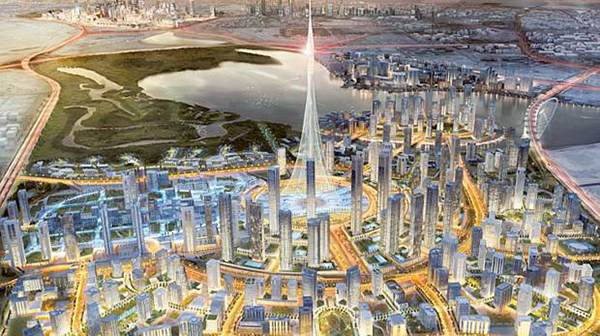 The exact height of the skyscraper was not revealed, but the developer — a joint venture involving Emaar Properties and Dubai Holding — confirmed that it has set sights on nothing less than the mantle of world’s tallest. Meanwhile, there is another development currently on in Saudi Arabia — the Jeddah Tower — from Kingdom Holdings that is aiming for a 1,000- metre height.

The current tallest, Burj Khalifa, is 828 metres high across 160 floors. But with The Tower, the intention is to create a signature development for the city in an emerging part of the city. The vast expanse of land — all of 6 square kilometres and branded as Dubai Creek Harbour — is seen as the ideal canvas to pull off a new sort of downtown. It will also be the base for a massive new retail destination in this part of the city.

While the expected height was not revealed at Monday’s event, Mohammad Alabbar, Emaar’s Chairman, said that the site’s proximity to the Dubai International Airport will have a bearing on how high The Tower will be. (But in an interview to CNN last June, Alabbar hinted The Tower would be about 100 metres higher than the Burj Khalifa. Now, with the intention to be the tallest in the world, the possibility of going further up is there.) In a statement, Alabbar said: “From Burj Al Arab, Emirates Towers, Burj Khalifa and now The Tower, Dubai has been the centre of innovation for super-tall structures and breakthrough developments in design, architecture and engineering. We are pushing our boundaries in every aspect of this new master-planned development, one of the largest in the world, which underlines the spirit of positivity and hope that our nation celebrates. 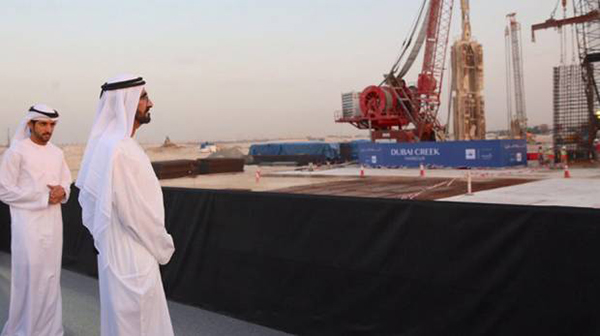 “It will be a sterling addition to the smart city that Shaikh Mohammad envisages, with futuristic digital features that meet the aspirations of the next generation. We will continue to push the frontiers of engineering and construction to complete the project in time for Expo 2020 Dubai.”

The design — by Santiago Calatrava Valls — has a certain lightness of touch unlike other skyscrapers of a similar stature. It is also helped by the fact that only a few components will be integrated into The Tower, such as a niche hotel, super-premium F&B concepts, “The Pinnacle Room”, opening onto views of the city, as well as several observation decks.

The Tower will also have movement lighting, which will make it a “stunning visual landmark during the day and night”.

Incidentally, Emaar has already launched freehold residential high-rises at Dubai Creek Harbour. All of these are aimed at the top-end of the market, with prices averaging around Dh2,000-Dh2,500 a square foot. “Dubai Creek Harbour has been a popular choice for investors since the initial towers were launched given the scale of the development and prime waterfront location,” said David Godchaux, CEO of Core Savills. “Following the announcement of The Tower, interest has continued to grow. The pricing structure is also a huge draw for investors, with smaller units starting at just under Dh1 million.”

Laying on the preparatory works