Dubai's Life Safety System Wins Laurels from Across the World 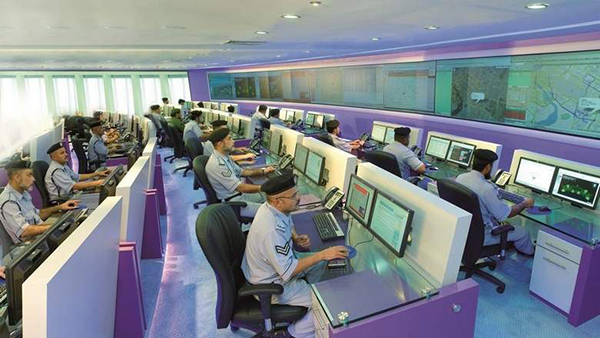 Dubai is the first city in the Middle East, wherein all its buildings are electronically monitored with the most technologically advanced national life safety system.

Dubai's numerous smart city initiatives have helped the emirate in being ranked among the top cities in the world for providing services and security to its residents and tourists.

The Dubai Civil Defence (DCD) authority plays a key role with efforts to build strong infrastructure that is capable to manage risks and respond to different emergency situations immediately.

It implemented the world's first award winning 24x7 national life safety programme, using cutting-edge M2M technology, in 2008. Conceptualised, designed and executed by Pacific Controls, a home grown entity, for the DCD, this programme is a benchmark in public-private partnership initiatives in the UAE.

Dubai is the first city in the Middle East, wherein all its buildings are electronically monitored with the most technologically advanced national life safety system. Safety and fire prevention is thereby achieved comprehensively in all types of assets including industrial, commercial and residential buildings, tourist venues and public departments. The life and safety monitoring sector is currently driven by the availability of new technology and the continuing search to provide new and more advanced monitoring services.

The DCD implemented the mandatory system in 2008, connecting more than 60,000 premises to an operations centre that monitors, alerts and takes action to save lives.

"The dashboard added more power to DCD's operations and enhanced the organisation's capabilities to analyse data for better decision-making and organisational performance. It not only enhanced the internal communication with regards to monitoring of the fire station and resources, but also demonstrated our commitment towards the residents. Every building owner in Dubai is now provided with individual building dashboard that displays the health and safety status of the building, which also enables other government departments to facilitate innovative services to building owners and occupants," said Major-General Rashid Thani Al Matroushi, Director of Dubai Civil Defence.

The system enhanced life safety and national security in Dubai by implementing the 24x7x365 direct alarm system through a command control centre. The entire private and government buildings or assets within Dubai, integrated into the central control room, are monitored 24x7 for fire, lift safety and emergency alarms using cutting edge M2M technology.

The state-of-the-art system has won appreciation and laurels from Civil Defence departments from across the GCC and beyond. Visiting dignitaries from around the world have lauded DCD's efforts in creating a system that has technologically advanced and befitting for a 21st century city.

"The DCD also implemented a personal dashboard in extension to the Dubai Life Safety Dashboard, which assists DCD and building owners to monitor city/building live from a single screen," Al Matroushi further said.