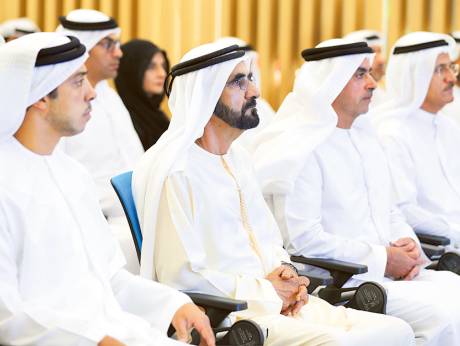 A smart building index was launched across the UAE on Tuesday, setting benchmarks for building designs and encouraging the use of modern construction methods that speed up the construction process.

The index was launched by His Highness Shaikh Mohammad Bin Rashid Al Maktoum, Vice-President and Prime Minister of the UAE and Ruler of Dubai. The index encourages the use of modern methods like 3D printing and preparing buildings in national manufacturing plants before they are installed at the site using less workers.

Such technologies will contribute to speeding up the construction process, boosting levels of productivity and rationalising the need for workers with limited skills at the construction site.

The index will be gradually implemented starting from 2017. During the first phase, the index will be applied for construction projects that being built over areas that exceed 2,000 square metres.

The index was prepared and developed by specialised engineers from the Ministry of Infrastructure Development and the seven municipalities across the UAE, and in cooperation and consultations held with private construction and consultation companies.

Speaking during the launch, Shaikh Mohammad said that the implementation of benchmarks in the construction sector is a positive and important step, and represents a key foundation for basic infrastructure projects that serve the economic and social development process.

He emphasised the UAE’s expansive development aspirations require exerting more efforts in innovation and introducing smart solutions that can help in quickly achieving the objectives of the National Agenda for UAE Vision 2021.

“The UAE will remain proactive in updating and utilising the best practices and technologies that ensure the highest levels of performance in all service and development sectors,” said Shaikh Mohammad.

“We do not want to simply reach new heights in accomplishing achievements. We want our leadership in the area of development to be looked up to by the entire world. We have great confidence in the capabilities of Emiratis to achieve this goal,” said Shaikh Mohammad.

“The smart building index will look to boost productivity in the construction sector by driving them towards adopting technologies that offer investment opportunities in modern construction technologies and national plants, as well as increasing the demand for skilled workers,” he added.

He said that the index was collectively developed by municipalities across the UAE, who are taking firm and unified steps towards the future as per the plans set under the leadership of President His Highness Shaikh Khalifa Bin Zayed Al Nahyan. Construction companies welcomed the implementation of the index, which will decrease the need for workers with limited skills and resulting challenges in recruiting them, such as training and costs for housing and transportation. They added that the index will help speed up the completion of projects.

The seven emirates’ municipalities said that some of the benefits of the index include reducing the probabilities of errors occurring during construction.