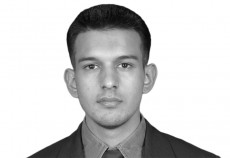 An increased focus on green buildings has correlated with an increased emphasis on HVAC equipment throughout the Gulf region. Upcoming regional and global events held in the GCC further require complementary infrastructure fitted with modern HVAC systems. The HVAC sector in the UAE is expected to surpass $1bn by 2017, with the overall HVAC sector in the GCC currently valued in excess of $3.5bn. The fastest growing countries are Saudi Arabia, UAE and Qatar, respectively.

According to the latest research, the HVAC sector in the GCC is expected to grow at a compound annual growth rate of 7.43% through 2012-2016. This growth is expected to continue beyond, fuelled by increasing demand for HVAC equipment from both residential and commercial sectors. At present, the residential sector continues to dominate demand, accounting for roughly 60%, whereas commercial demand continues to post steady growth, accounting for roughly 40%. The UAE and Saudi Arabia are the top GCC markets, with the latter expected to exceed 10% per annum growth through 2018.

The overall UAE economy continues to grow despite an oil-based global economic depression for the last few years. In 2016, GDP is expected to grow by 3.7%, which is far in excess of earlier estimates of 1.8%. This growth outstrips all other economies in the region, including Saudi Arabia where the economy is set to grow only by 2%. The catalysts of this continued economic growth include the construction and real-estate sector, both of which correlate with the HVAC industry.

HVAC accounts for well over 50%-60% of an infrastructure’s consumption. More efficient cooling systems have managed to slash energy expenditure of units by roughly 30-40%. However, large-scale HVAC units continue to post high demand propelled by global events such as Dubai Expo 2020 and the 2022 FIFA World Cup in Qatar and greater environmental awareness.

In the UAE, the government has increased regulations requiring older HVAC systems that fail to meet performance and environmental specifications to be replaced with modern systems. This represents a tremendous long-term growth for the HVAC sector, though competition has also been increasing with Chinese manufacturer, Gree, entering the market, for instance.

Smart cities continue to be a source of growth. Qatar has recently unveiled plan for the construction of three smart cities, while Saudi Arabia has numerous such cities well under construction, including one adjacent to Mecca. The UAE has also undertaken construction of various smart cities and buildings. These prominent projects include Mohammed Bin Rashid city, Renaissance City and Dubai Sustainable City. The hallmarks of these developments are greatly a reduced carbon footprint and minimal energy expenditure. These smart cities are based on the perspective of decreased energy expenditure and an environmentally-friendly output through using minimal resources over the long term. These projects are distinguishable because of their technological advancements in transportation, communication, MEP and HVAC, to name just a few.

All market indicators signify that the HVAC sector is poised for continuous growth proportionate with the economic development of the region.