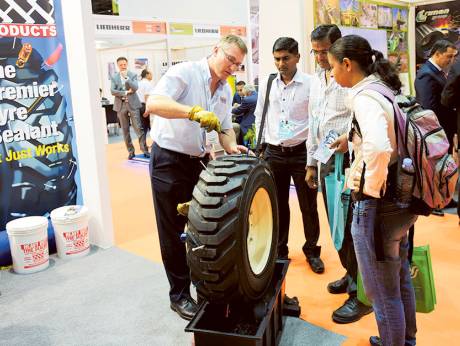 The much anticipated pick-up in construction activity in Dubai next year could compensate for the slack that crept in since oil prices turned soft. Industry sources are particularly hopeful of a strong second-half 2017 with the Dubai Government as well as private sector players likely to sign off on major contracts.

“We are expecting to see positive growth (in the construction sector) within Dubai of 4-5 per cent towards the end of 2017 and this will continue to grow leading up to the Expo 2020,” said Niall Greene, Managing Director — Middle East at the consultancy Linesight. “There is a slowdown in activity within Abu Dhabi ... however, other emirates are performing at a steady pace. We have seen a stronger activity emerging in Ras Al Khaimah and Fujairah.

We believe the first-half of 2017 will be more or less aligned with the second-half of 2016. We should see a stronger pick up in contract awards ... but not until the second half of 2017.

The mood in the industry is certainly skewing towards the positive, and it has got more so with the hugely ambitious Dubai Water Canal development passing key milestones in recent weeks. This, more than anything else, has consolidated the belief that Dubai’s construction sector can deliver complex projects on time and with minimal disruption to the city’s pace of life. All of which bodes well for the Expo 2020 build-up, and which was in evidence at the Big 5 Show that opened in Dubai on Monday.

This could indeed be the catalyst for the rest of the industry — as well as allied sectors such as real estate — to catch up. “Looking ahead to 2017, key triggers to slow, or reverse, the market’s fortunes are likely to continue emerging in the form of infrastructure projects linked to the World Expo in 2020 and other mega-projects,” says a new report from Cluttons. “These will help to sustain, or lift, public sentiment, which has proved instrumental in keeping the emirate’s economic growth profile the most positive in the region.

“We have already seen the green light given to the construction of the World Expo 2020 site in September, while city-altering projects such as the Dubai Canal, Blue Waters Island, The Tower and the expansion of Al Maktoum International Airport proceed, generating jobs across the economy and helping to drive up residential demand for properties both for purchase and rent. These triggers are only just materialising.”

For an industry that relies so much on sentiments these details matter. The first-half of this year was uniformly gloomy and there was even muted talk that the industry might need to wait until 2018 before the Expo 2020 project ballast could actually lift it. The sub-contracting industry was particularly hit by job losses. And news about delayed payments affecting even some of the biggest names in the business cast long shadows across the region.

“Several state-funded projects in Saudi Arabia have been delayed and some of the largest contractors have also had to cut down their workforce substantially,” said Sanjay Bhatia, Managing Director, Alpen Capital (M.E.) Ltd. “The situation seems to be only temporary and the infrastructure projects planned by the government will go on as planned ... albeit a bit delayed.”

But by the looks of it, the UAE construction industry — and particularly in Dubai — seems to have weathered the bad news emanating from elsewhere. The knock-on effects, if any, have been muted.

The biggest plus for local contractors was that the decline in the real estate sector managed to correct itself somewhat during the second-half of the year. And there wasn’t that much of a slowdown on the part of developers worried about building up too much unsold residential stock and adding to the price pressures.

Key building material prices have been steady, helped on by the strong dollar. Inventory management too has been better than at any time in recent years, ensuring that an oversupply overhang does not impact market equilibrium.

There will be bouts of volatility going forward, but the local construction industry remains fixated on that one target — leveraging the Expo 2020 possibilities to the fullest. As many as 20,000 new businesses are being set up in Dubai to support the event creating around 275,000 new jobs across sectors,” said Bhatia. “Such a boost to the economy can benefit the residential and commercial construction industries.”

In the final analysis, that’s the only detail that matters.